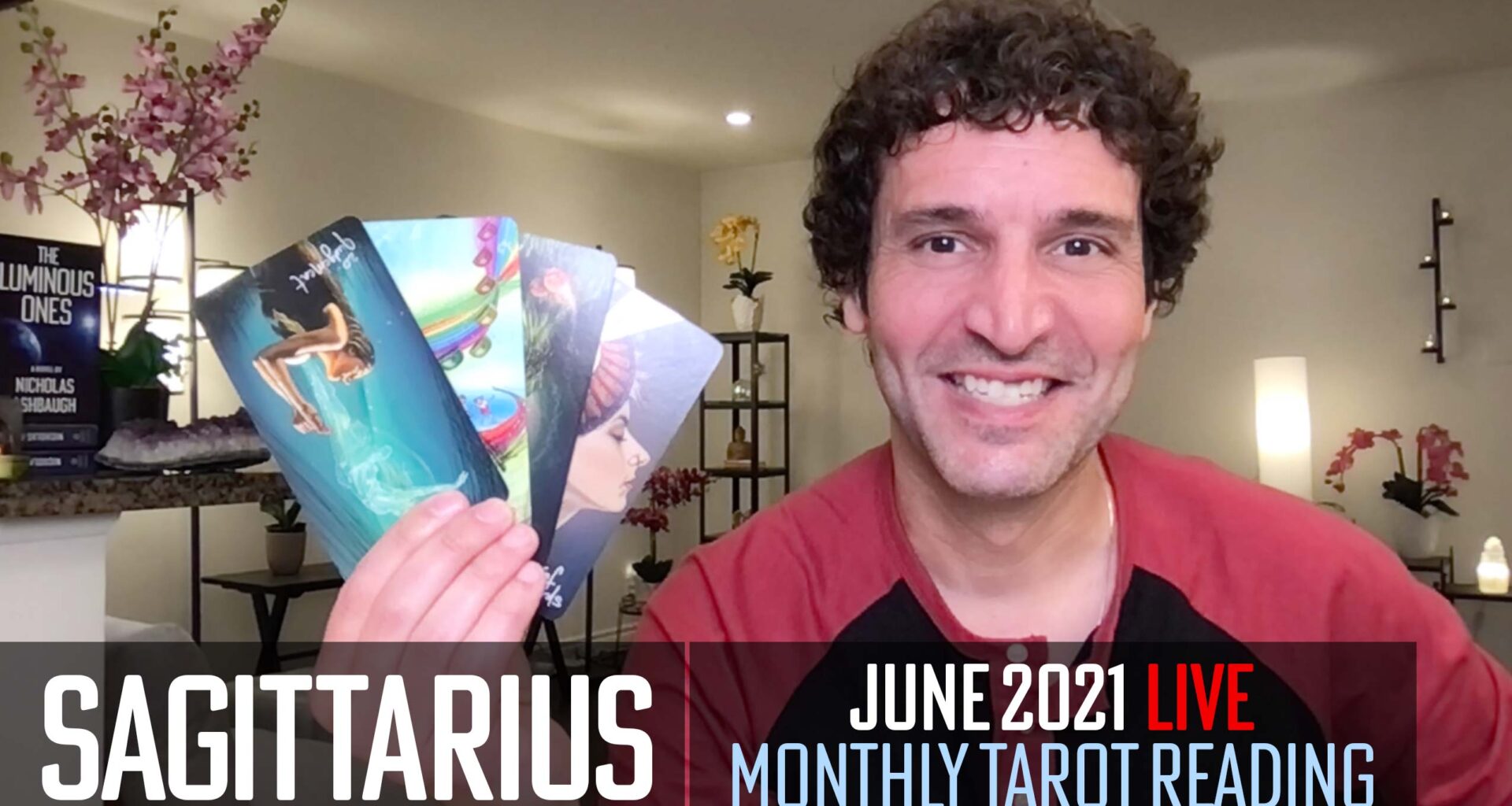 SAGITTARIUS June 2021: The expansive energy of Jupiter is bringing you luck, opportunity and growth!

In Romance Languages, Thursday is named after Jupiter (e.g., Joi, Jeudi, Jueves, and Giovedi). This is a great synchronicity, since this reading was conducted on a Thursday… literally, Jupiter’s day.

In dreams, I watched the planet Jupiter from one of its moons and observed a small green energy field along one of its many cloud formations. My guides told me there would be a brief window of considerable growth and abundance. Timing is key, as is your ability to simply trust that you’re ready for the opportunities ahead.

My guide also pointed to Mercury and reminded me of the upcoming Retrograde. Take your time when communicating and validate all assumptions.

In mythology, Jupiter (Zeus) ruled the Gods and was the God of Sky and Thunder.

However, Jupiter had a very complicated relationship with his father, Saturn. You see, Saturn had overthrown his own father, Uranus, and it was prophesied that he, too, would suffer the same fate by one of his offspring. As a result, Saturn devoured all his children except Zeus, whose birth was kept a secret. Zeus ultimately fulfilled the prophesy; he freed his siblings from the belly of his father, overcame the Titans, and claimed his place as King of the Gods.

Just as in this myth, family dynamics are complicated. Paternal relationships, in particular, may resurface during Retrograde so that healing can take place.

You may experience digestive issues or blocks in your solar plexus chakra. Reclaim your power and stand your ground to clear this.

Fellow soul family members and Starseeds may reveal themselves to you.

I saw up to three helpers coming into your life in human form. Angels, guides and ancestors may be working through close friends and family. Or, perhaps, new connections could be coming forth to help you progress on your soul’s path.

I saw a mouth with two sets of teeth, suggesting that it’s time to shed some of the trauma or blocks from childhood. They may be blocking the throat chakra.

Speak with authority, confidence and trust in your abilities.

I saw an image of you running and my guides said it was time to face your fears. Take time now to resolve and release the old patterns. You’re stronger now. You can handle any challenge that comes your way.

Dance may be a good energetic outlet for stress. Move your body and the energetic blocks will clear.

Take action on anything you’ve been procrastinating over; create a clean slate for the next part of 2021!